Silvassa is the industrial and economic center and the capital of the Indian Union Territory Dadra and Nagar Haveli. During the Portuguese rule, the place gained its importance and was famously known as Vila de Paço d'Arcos. Silvassa was a small village till the 19th century, before becoming the heart of Portuguese rule in 1885.

As far history goes, the Dadra and Nagar Haveli region were under the rule of the Kohli tribes. These regions were invaded by the Rajputs in the 17th Century and ruled over till the Marathas conquered them in the mid 18th century. During the 18th century, the western India was mostly under the able leadership of the Marathas and the Peshwas.

At this time, British colonization had already started over India, with Mughals signing away different regions to the British. The Marathas and Peshwas were vehemently against British rule and fought them with courage. Not strong enough, they took resort to the Portuguese rule by forming a friendly union with them on 17th December 1779.

As per this historic alliance, 79 villages of Dadra and Nagar Haveli along with Silvassa came under Portuguese rule. The Portuguese helped the Marathas and Peshwas to fight the British, providing them with arms and ammunition for the war. 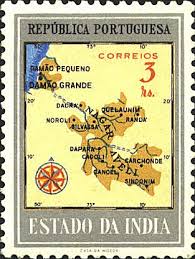 The Portuguese started ruling this part of the land after buying Nagar Haveli in 1783 and Dadra in 1785. Due to the friendly association, they were allowed to collect revenue in compensation from the 79 villages given to them for their loss of weapons, military and warships. The village of Silvassa was under the territory of Nagar Haveli and the whole territory was renamed as Distrito de Damão (Daman district) under the Estado da India (Portuguese State in India).

Till the 19th Century, the territory of Nagar Haveli had its main center in Darara, which was then transferred to Silvassa on February 11 1885, making it the head of the town. Till the end of the Portuguese rule in 1954, Silvassa remained the head town and all the administrative works were performed from here. Even the official documents bore the name of Vila de Paço d'Arcos or Silvassa. 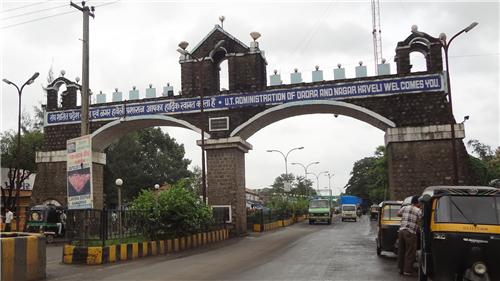 With India’s independence from British rule in 1947, locals and tribal groups started agitating and yearned for freedom. Finally in 1954, the territory of Dadra and Nagar Haveli along with Silvassa got liberated from the Portuguese rule but remained under Portuguese administration on International Court papers while enjoying complete independence. From 1954-61, Silvassa remained under “Free Dadra and Nagar Haveli.”

Finally in 1961, Silvassa and the whole territory came under the rule of Republic of India. On 31st December 1974, final treaty was signed between India and Portugal by which Portugal gave away all its control on this place and it came under Independent India and got the Union Territory tag.

Today Silvassa has come a long way towards development and has become one of the leading industrial town of Western India. It also has its tribal population thriving on the agricultural growth of the place.